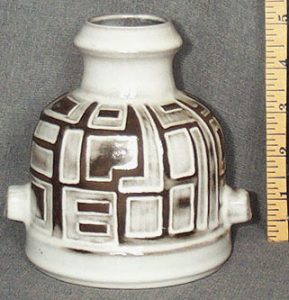 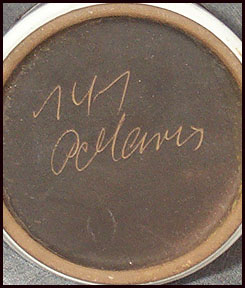 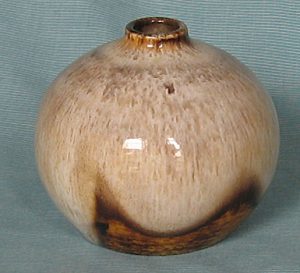 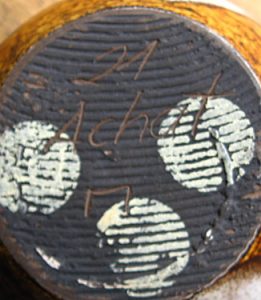 Some of the earliest designs that Kurt Tschoerner did for Ruscha show his experience with glass and strong influences from Murano glass. This is clearly seen in the original and iconic 313 shape and bowl shape 417, both circa 1954.
The curves on these items are elegant and well-proportioned, but they are better suited to handmade glass than to molded pottery. That may well be why shape 313 was eventually redesigned with lines more like a ceramic pitcher and less like Murano glass.
Full documentation of which shapes Tschoerner designed for Ruscha and possibly for Otto Keramik is still lacking, so it’s difficult to judge when and how Tschoerner

adapted to pottery design, but the glass-like curves disappear from West German pottery fairly quickly. Luckily, pottery has the potential for great shapes of its own and some things can be done with molds that can’t be done by hand, so even though certain elements were lost, their place was taken by other excellent aesthetics…when at their best.

Visit our home page for more information plus above average West German pottery and other items for sale….not just the usual suspects.